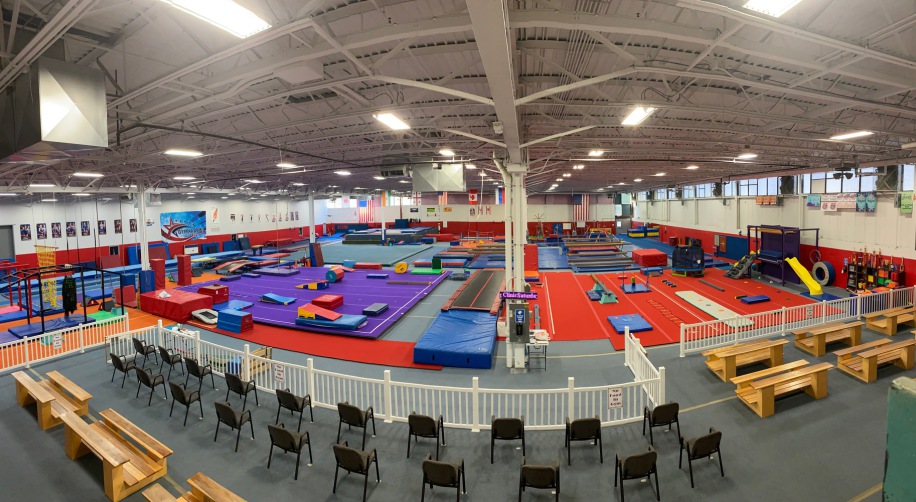 Gymnastics Central is sending their Advanced and Elite team members to the 2020 Rumble On The River T&T competition being held in Davenport, IA January 11th.  Traveling from Cincinnati Ohio, Gymnastics Central is a small team compared to many of the USTA clubs with a total of only 15 competitive athletes, seven are elites with the rest of the team in strong intermediate and advanced levels.  Four of the seven Gymnastics Central elites are looking to secure positions on the USTA national team.  Make no mistake, when this small team is on, they are very strong and very competitive.  Not originally planning to attend this event, the opportunity came up late, coach Richard Mousir made it work.

Of the seven elites attending the event, three are first time elites who need the experience and learning opportunities.  Two rookies McKenna Warvel and Tara Sams are up and coming elites having grown up in the USTA association they are no strangers to the skill level and competition they are facing.  They are looking to build on both experience and confidence.  Their team mate, elite rookie Maho Ito, is currently in contention for a possible place on the USTA team in Trampoline with a strong finish at the first USTA ranking meet last month.

The other four team members are accomplished elites with a lot of experience to fall back on.  Three of these four (Maria Torok, Isabel Steinmetz, & Randy Holmes) have been members of the USTA national team one or more times already and between the four of them they hold several national USTA titles.  Gym Central’s newest team member, Caitlin Johnson, finished 1st in prelims in the first USTA ranking meet last month (falling to 10th after finals).  This experience should better prepare her for the second ranking meet later this month with a goal of a better overall finish.

Leading this small team of big achievements are Randy Holmes and Isabel Steinmetz.  Both have won National titles in USTA and are two time USTA National Team members.  Randy Holmes recently secured a position on the US National WAG team and competed in the WORLD AGE GROUP CHAMPIONSHIPS in Tokyo, Japan on the Double Mini event this past December.  Following her 2018 WORLD AGE GROUP CHAMPIONSHIPS performance in St. Petersburg, Russia, Isabel Steinmetz qualified for the US National team for the WORLD CHAMPIONSHIPS in tumbling finishing 17th last December in Tokyo, Japan.  These two athletes will be two of the top caliber athletes to watch at the Rumble on the River event on January 11th in Davenport. IA.